Morgan McFarland was born in Mobile, Alabama on October 7, 1941. While Morgan was always very private about how she came to her path, she was already performing rituals on her own thirty years later when, in 1971, she met Mark Roberts, a man who had been initiated into a British family tradition by his former wife. The two began a partnership that was to last for several years, combining Mark’s contacts in the nascent Pagan movement with Morgan’s willingness to be the public face of the new Dianic Faerie Faith Tradition. The Covenstead of Morrigana was born.

The teachings Morgan originally received were preserved as an oral tradition until she decided to write them down when she began working with Mark Roberts in 1971. These writings became the Rituals and Mysteries that are still handed down to all the high priestesses of the tradition. To this day, the rituals and Mysteries are copied by hand from high priestess to initiate’s Book of Shadows, thus preserving the original lore of the Tradition.

Morgan and Mark parted ways in 1977 when Mark decided to pursue a different path. The Covenstead of Morrigana continued with Morgan’s original teachings until 1979. By that time, it consisted of three groups: one was exclusively female, a second was mixed gender and the third catered to families with children. Morgan had always expected the Covenstead of Morrigana to be limited to training high priestesses for descendant covens, and there were six of those in existence when Morgan dissolved the Covenstead and retired as leader of the tradition.

In 1999, with Morgan as Matriarch and with her permission and blessing, The McFarland Dianic Tradition was born in order to distinguish itself from other Dianic paths. Even in retirement, Morgan’s wise counsel and love for the Tradition were always a beacon of strength and stability. We now seek to honor her legacy and preserve and pass on the beautiful Tradition she left for us.

On Wednesday, December 7, 2015, at 6:40 pm, Morgan McFarland (aka Johnnie Lee Myrick-Haynes) passed gently into the waiting arms of The Great Mother. She was surrounded by her loving family and friends on both sides of the veil. 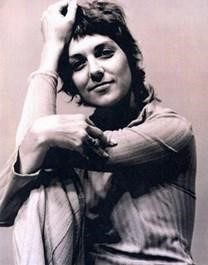